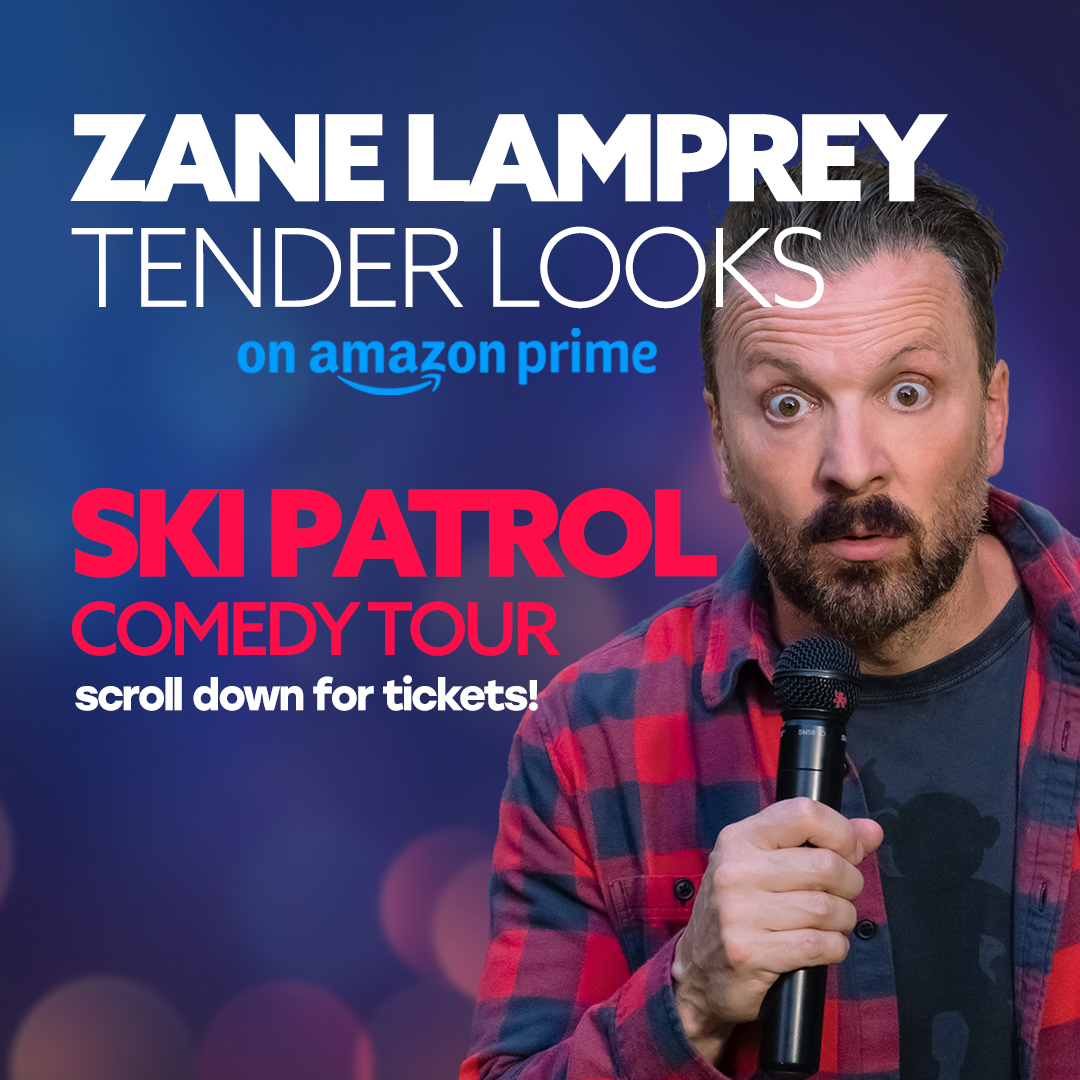 Zane will be doing a SKI PATROL TOUR at limited breweries as he prepares for his next Amazon Prime Comedy Special called “Ski Patrol”.

Zane Lamprey, host of the world’s best drinking shows  (Three Sheets, Drinking Made Easy, Chug, Four Sheets) is embarking on SKI PATROL his third stand-up comedy tour at breweries across the country! Join Zane for a night of stand-up comedy as he prepares to shoot his third stand-up special in February. Zane’s TENDER LOOKS special is now on Amazon Prime! It’s now available for rental/purchase, and will be free to Amazon Prime members on March 13, 2023!

Zane’s SKI PATROL special, which will air on AMAZON PRIME will be filmed in Hershey, PA on Saturday, February 25th at Englewood Brewing. Limited tickets are available for the EARLY SHOW and LATE SHOW. Don’t miss this historic event!

Zane will be shooting Ski Patrol his second Amazon Prime stand-up special at Englewood Brewing in Hershey, PA on Saturday, February 25th. Because it is a LIVE taping, there will be two an early show and a late show.

Tickets for Zane’s thirsty! tour go on sale on St. Patrick’s Day, March 17th 2023. Zane will be visiting over 100 breweries this year with a new tour that’s a bit different than any stand-up show you’ve ever been to!

We'll email you the moment new tickets go on sale!